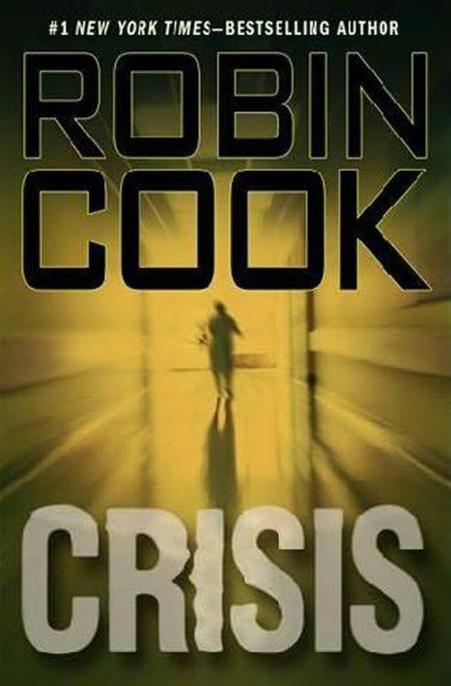 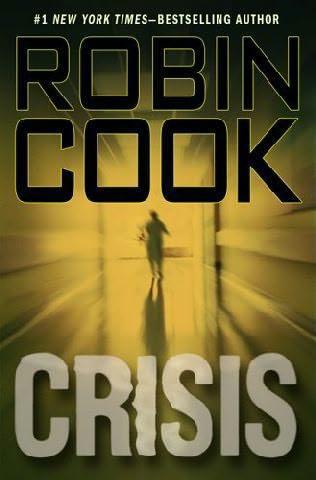 Publishers Since 1838 Published by the Penguin Group

This is a work of fiction. Names, characters, places, and incidents either are the product of the author's imagination or are used fictitiously, and any resemblance to actual persons, living or dead, businesses, companies, events, or locales is entirely coincidental.

While the author has made every effort to provide accurate telephone numbers and Internet addresses at the time of publication, neither the publisher nor the author assumes any responsibility for errors, or for changes that occur after publication. Further, the publisher does not have any control over and does not assume any responsibility for author or third-party websites or their content.

As usual in writing my fact-based novels, I've had to rely on friends and acquaintances to answer my innumerable pesky questions. It was especially important for
Crisis,
since the story line bridges medicine and law. Although I thank everyone who was graciously willing to help, those whom I would particularly like to cite are (in alphabetical order):

This book is dedicated to the contemporary medical professionalism as promulgated by the Physician Charter, in hope that it takes root and flourishes ... Make way, Hippocrates!
The laws of conscience, which we say are born of nature, are born of custom. -- MONTAIGNE

Autumn is a glorious season, despite its frequent use as a metaphor for approaching death and dying. Nowhere is its invigorating ambience and riotous color more apparent than in the northeastern United States. Even in early September the hot, hazy, humid days of the New England summer are progressively replaced by crystalline days with cool, clear, dry air and azure skies. September 8, 2005, was a case in point. Not a cloud marred the translucent sky from Maine to New Jersey, and within the macadam maze of downtown Boston and the concrete grid of New York City, the temperature was a comfortable seventy-seven degrees Fahrenheit.

As the day drew to a close, two doctors coincidently and reluctantly fumbled to pull their ringing cell phones from their belt clips in their respective cities. Neither was happy about the intrusion. Each was fearful that the melodic ring would herald a crisis that would require their professional attention and presence. An inopportune interruption, as both individuals were anticipating interesting personal evening activities.

Unfortunately, the doctors' intuitions were correct, since both calls were to give credence to autumn's metaphorical reputation. The call in Boston concerned someone about to die with the acute onset of chest pain, profound weakness, and difficulty breathing, while the one in New York was about someone recently but clearly already dead. Both situations were emergencies for the respective physicians, necessitating that they put their private plans on hold. What the doctors didn't know was that one of the calls would initiate a sequence of events that would seriously impact them both, put both in jeopardy, and turn them into bitter enemies, and the other call would ultimately put a different spin on the first!

Dr. Craig Bowman let his arms dangle at his sides for a moment to relieve his aching forearm muscles. He had been standing in front of the mirror that was attached to the backside of the closet door, struggling to tie a black formal bow tie. He'd worn a tuxedo at most a half a dozen times in his life, the first time at his high-school prom and the last time when he got married, and on all of those previous occasions, he'd been satisfied to snap on a pre-tied model that came with the rented tux. But now, in his reincarnation of himself, he wanted the genuine article. He'd bought himself a brand-new tuxedo and wasn't about to settle for a fake tie. The trouble was, he really didn't know how to tie it and had been embarrassed to ask the salesclerk. At the time, he hadn't been worried since he figured it would somehow be similar to tying his shoes.

Sadly, it was proving to be a lot different, and he had been attempting to tie the blasted thing for a good ten minutes. Luckily, Leona, his new and dynamite secretary-cum-file clerk and even newer companion, had been preoccupied with her makeup in the bathroom. Worst case, he'd have to ask her if she knew how to do it. Craig really didn't want to do that. They hadn't been seeing each other socially that long, and Craig preferred that she maintain her apparent belief in his sophistication, fearing he'd otherwise never hear the end of it. Leona had what his matronly receptionist-secretary and his nurse called a "mouth." Tactfulness wasn't her strong suit.

Craig shot a quick glance in Leona's direction. The door to the bathroom was ajar, and she was doing her eyes, but all he could see was a side view of her curvaceous twenty-three-year-old derriere covered with a lustrous pink silk crepe. She was on her tiptoes, leaning over the sink to get closer to the mirror. A fleeting, self-satisfied smile passed over Craig's face as he thought of them walking down the aisle of Symphony Hall that evening, which was why they were getting decked out in their finery. Compensating for being a "mouth," Leona was a "looker," especially in the low-cut dress that they had recently bought at Neiman Marcus. He was sure she was going to turn some heads and that he'd be dodging some envious looks from fellow forty-five-year-old men. Craig realized such feelings were rather juvenile, to say the least, but he'd not felt them since that first time he'd worn a tuxedo, and he was going to enjoy it.

Craig's smile faltered when the question occurred to him whether any of his and his wife's friends might be there in the audience. His goal certainly wasn't to humiliate anyone or hurt anyone's feelings. Yet he doubted he'd see any acquaintances, because he and his wife had never gone to the symphony, nor had any of their few friends, who were mostly overworked physicians like himself. Taking advantage of the city's cultural life hadn't been part of their particular suburban lifestyle, thanks to the hours a typical practice of medicine demanded.

Craig had been separated from Alexis now for six months, so it wasn't unreasonable to have a companion. He didn't think it was an age issue. As long as he was with an adult woman of a reasonable, post-college age, it shouldn't matter. After all, being seen out and about with a date was going to happen sooner or later, as active as he'd become. In addition to regular attendance at the symphony, he'd become a regular at a new gym, as well as at the theater, the ballet, and a number of other activities and social gatherings that normal educated people participated in in a world-class city. Since Alexis had consistently refused to go along with his new persona right from its inception, he now felt he was justified to accompany whomever he wanted. He wasn't going to be held back from becoming the person he aspired to be. He'd even joined the Museum of Fine Arts and was looking forward to exhibition openings, despite never having ever been to one. He'd had to sacrifice enjoying such cultural activities during the arduous and isolating effort of becoming a doctor -- particularly, becoming the best doctor he could be -- which meant that for ten years of his adult life, he was absent from the hospital only to sleep. And then once he'd finished his specialty training in internal medicine and hung out his proverbial shingle, he'd had even less time for personal pursuits of any kind, including, unfortunately, much family life. He'd become the archetypal, intellectually provincial workaholic with no time for anyone but his patients. But all that was changing, and regrets and guilt, particularly about family issues, had to be put on hold. The new Dr. Craig Bowman had left behind the lockstep, hurried, unfulfilling, and uncultured workaday life. He knew that some people might call his situation a midlife crisis, but he had a different name for it. He called it a rebirth or, more accurately, an awakening.