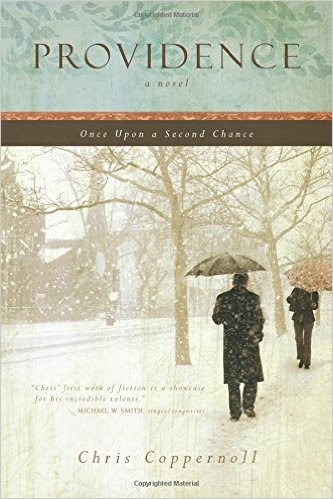 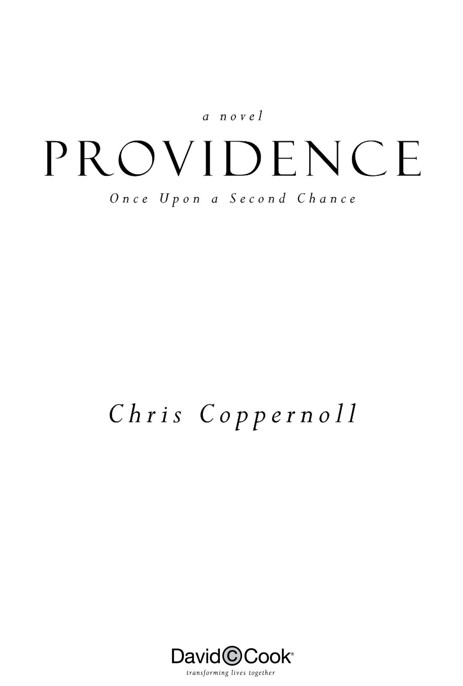 Laborers of the Orchard

Top 10 Soundtrack for My Novel

To the Giver of second chances,
and to everyone who needs one

Christmas is the time to say “I love you”
Share the joys of laughter and good cheer.

“Christmas Is the Time to Say ‘I Love You’”

Midwinter’s bleak shadow had fallen upon Providence, Indiana. That morning a curtain of paste-and-gauze clouds doused the sun’s brilliant light, robbing its rise to full glory. Though Christmas was nearing, my house was absent of a decorated tree or colored lights. Every corner of the room felt like how C. S. Lewis described Narnia: always winter, but never Christmas.

In the living room downstairs, I turned on the floor lamp next to the sofa and flipped up all the light switches on my way to the kitchen. This helped warm up a chilly house. Awake since early morning, even earlier than normal, I had already consumed half a pot of coffee. By the time I heard my neighbors warming up their cars for the cold city commute, caffeine had begun to iron out the wrinkles that come with being up half the night. The root cause of my insomnia? Two unanswered questions: “What have I gotten myself into?” and “Why can’t the past stay buried?”

At seven thirty, I telephoned my book publisher. Arthur Reed had been there at the beginning of all this mess. He’d witnessed the pandemonium that entangled my life these past three years. He’d even done his part to make the mess grow bigger, fanning the flame, jubilant at seeing it burn out of control. At some point during the long night, I’d decided to call Arthur and deliver the worst news he could imagine.

On the kitchen table, a toasted bagel covered with melting cream cheese cooled on a plate. I leaned inside the kitchen doorway, the phone pressed against my ear. As I listened to it ringing, I remembered Arthur’s antics. How he’d worked so hard at selling me on the idea of writing about my side of the phenomena. I knew the reasons he wanted another book from me, all eighteen million of them, just as I knew this phone call would rock his world. What I didn’t know was how it would kick off an extraordinary new journey.

Across the breakfast table lay the book responsible for everything. A 220-page hardcover bearing a small black-and-white photograph of me on the inside back cover. Above it an italicized paragraph summarized to my satisfaction everything anyone ever needed to know about me:

Jack Clayton serves on staff at the Campus Missions Office through the auspices of Providence College in Providence, Indiana. He has authored two books about CMO’s ongoing ministry work in the three-and-a-half-square-mile area of Providence known as the Norwood community, Providence’s poorest neighborhood. For twelve years Jack has encouraged, coached, and recruited hundreds of student volunteers to recognize the needs of the world around them, and to work for change.

I’m not a writer, but five years ago I began scribbling down stories of the people impacted by the Norwood ministry for our city newspaper, the
Providence Appeal.
Those stories raised awareness and much-needed funds for the ongoing work in Norwood. They also captured the attention of Arthur Reed, who asked to publish those stories in book form. My first book sold roughly four thousand copies, mostly in Providence and to alumni who blindly support anything associated with the college. A second book was released the following year, and partly due to a story on National Public Radio, it outsold the first by more than nine thousand copies. My third and last book in the series was called
Laborers of the Orchard.
In a single year it sold over eighteen million copies and landed my face on the cover of
People
magazine.

When you write a book that goes to number one on the New York Times Best Seller List and stays there for twenty-nine weeks, everything in your world changes.
Laborers of the Orchard
was labeled a “hot ticket” in media circles, and suddenly every magazine editor and cable-television news producer wanted to interview the “Pastor to the Poor.” I made an enormous mistake refusing to sit down for any of those interviews. I had good intentions: to insulate myself from life’s inevitable fifteen minutes of fame. However, my plan backfired, sparking a brush fire of media interest in my private life. It’s also what prompted a now-wealthy Arthur Reed to daydream about publishing the inevitable follow-up. My personal story. My memoir.

Just when I thought it was too early for Art to be in, he picked up the phone.

“Arthur Reed.” His voice trumpeted through the speakerphone.

“Jack, good morning, and Merry Christmas!” he said, though the actual day was still weeks away. “How’s the writer doing?”

“Well, I’m digging up bones, and some of them are rattling,” I said. I could hear Arthur’s hearty laughter. It sputtered like the sound of exhaust escaping a frozen Mercedes-Benz.

“Yeah, last night. I worked on it past midnight, and again this morning, which brings me to why I’m calling you.”

I heard the sunburst sound of his computer booting up, his ADD already kicking in. By the sound of it, Arthur had just stepped into his office. If his Starbucks hadn’t jolted him awake yet, what I was about to say would.

“Art, this isn’t going to be easy to hear, so I’m just going to come out and say it. I’ve decided I’m going to let this one go. I’m going to pass on writing the memoir.”

I paused—not for dramatic effect, but to let the words sink in. Arthur was convinced my memoir would be another best seller; he’d said it many times. It would be another blockbuster for Arthur Reed Publishing and would further establish his firm in the industry. But the book was more important to Arthur than I knew.

“I don’t understand,” he said, sandbagged by the news. “You started writing, right?”

Like a cork pulled from a genie’s bottle, uneasiness filled the phone line, turning our conversation suddenly thick.

“I’m confused,” Arthur said. “What in the world’s gotten into you since last night?”

This is where I should have come clean. I should have just told Arthur about the memories. How they’d come knocking when I pulled the Christmas decorations out of the attic and saw that photograph stashed inside one of the ornaments. How they’d come back to me again while I was sitting at the computer screen trying to remember what I’d tried so hard to forget.

“I started thinking it over, that’s all. About whether I have it in me to go through with writing another book, especially now. Is this really what I’m supposed to be doing over Christmas? Writing books, avoiding interviews? It’s easy to lose focus, Art, and before you know it, the train’s coming off its tracks.”

“What on earth does that mean?”

“It means I’ve had doubts all along about writing this book. I’ve been forcing it out of friendship, Arthur, trying to write a follow-up book for you because there may be a market for it. But I’ve decided I’m not going through with it.”

Arthur’s talent as a never-say-die negotiator was booting up alongside his computer.

“Oh, there’s a market for it, Jack. My desk is littered with evidence to that very fact, and you promised to write it.”

“I promised to take a crack at it, that’s all. You pitched, I swung, broken bat.”

If the tumblers wouldn’t open spinning the dial to the right, Arthur would simply spin them to the left.

“So don’t write it. I’ll hire someone to ghostwrite it for you,” he said. “All you have to do is remember and talk. You can do that, right?”

He had an answer for everything. Maybe that was the secret of his success—relentless persistence. I imagined myself sitting in my living room across from some freelancer. He wouldn’t know what questions to ask, and I sure wouldn’t know how to answer.

Outside the snow began falling again onto an already frozen landscape. Inside, the old furnace kicked on, and I could feel its muted heat blowing up through the floor vents.

My long-forgotten past tapped against the door in my mind, showing me faces again I didn’t want to see. Jenny’s face, bright and lovely, edged in a halo of summer sunlight. Her smile, radiant; her lips full and red.

I turned the lock on the door.

“Arthur, we need to put this issue to rest. For the sake of our friendship. Try seeing things from my point of view.”

“Forgive me if I ask you to try and see things from
my
point of view. I’m not asking you to write
War and Peace;
I’m asking you to turn in two hundred pages. Give me whatever you’ve got.”

An elusive best seller—that’s what
Laborers
had been. An eighteen-million-to-one shot. The success, Arthur’s standing with the big publishing firms back east. His tiny Indianapolis organization wasn’t in the same class, but
Laborers
had at least put it in the same school. He coveted their acceptance. How could he say to his colleagues, “Yes, we could have had another blockbuster, but my author just didn’t feel like writing it”?

“At first they laughed behind my back,” he’d confided to me over dinner one night at his house in Waterbrook. “Podunk publisher. They laughed at your success like it was nothing more than a fluke.” Arthur had stared into his drink as if it were a deep well.

“They’re not laughing anymore, Jack. Your sales numbers go up faster than the clicker board on a TV telethon. And every time they do, another New York agent calls me with a new book idea attached to a best-selling author.”

“I’m sorry,” I told Arthur. “You have to accept that this book isn’t going to happen. I won’t be writing it.” I was never more relieved that I hadn’t signed a book contract—or accepted the lucrative advance Arthur had offered.

“Look, Jack, it’s not that simple. You said you would. While you’ve been getting your ducks in a row, I’ve been setting up contracts with all the major retailers, greasing the wheels for another Jack Clayton best seller. Your new book is already sold in. People are counting on it. We’ve got advance orders for over three million books.”

I shouldn’t have been surprised that Art was selling a book I hadn’t even officially agreed to write. But I was.

“Not a day goes by without a request for a Jack Clayton interview,” he continued, unaware of my dismay. “People are suspicious about why you’ve never done one. They want to know how someone claiming affinity with the poor has made so much money writing about them. And what are we saying to those in the media? That the story they’ve been chasing for three years is finally being penned by the author himself! Don’t you see how perfect this is?”