Read Call Us What We Carry Online

Call Us What We Carry (5 page)

Several of the following are erasure poems, meaning they’re documents with their pieces plucked out, just as some will call this the gone year, the long year, the glove year, the unlove year. The key to constructive—& not destructive—erasure is to create an extension instead of an extract. It’s not erasure, but expansion, whereby we seek the underwriting, the undercurrent beneath the watered surface of the words. It is to keep the words from drowning. Hereby the pen looks to enhance, evoke, explore, expose the bodies, the truth, the voices that have always existed but have been exiled from history & the imagination. In this case, we erase to find.

In a letter I received from you two weeks ago

I noticed a comma in the middle of a phrase.

It changed the meaning—did you intend this?

One stroke and you’ve consumed my waking days.

Our scourge was to tell

The death of Cecilia—

It was brought here

We lost comparatively everything possible

The sick was never one someone

We want to feel

Spared neither expense nor time nor trouble.

Altogether we could be done

This disease upon the country

Was worse here than elsewhere

It was not due

Now that the plague resumed

Our work we have now

Trusting body we are
*

*
Letter of condolence from Superintendent of the Yakama Indian Agency, Washington, October 29, 1918. Bureau of Indian Affairs.

LETTER FROM A NURSE

Everybody has to die

We consider ourselves lucky

We were there & yet we intended staying,

The first that died sure unnerved us

Sunrise is such a horrible thing

We are called & waiting

If fortune favors us, we may find ourselves.

Squeeze the life out of our hand

There is so much to be said

We don’t believe we should

There is a bill in the Senate.

We can’t help but hope.

If we are not dead

†
To her friend at the Haskell Indian Nations University, Kansas, October 17, 1918. Bureau of Indian Affairs.

Do not come for them.

This is our opinion—

As they are given

By the will, the word.

Parts which we are entitled to.

A sort of epidemical cold

Has seized every business &

Hume has been cured.

Join us in every good.
‡

Made their own sick.

God, take away the illness.

He was just a little boy.

His body took him away.
§

§
An account by Selma Epp, who was a child in a Jewish neighborhood in North Philadelphia during the 1918 influenza epidemic.

People
should not have died.

Most of them immigrants.

¶
Account of Michael Donohue, whose family ran a funeral home when the 1918 influenza epidemic struck.

Our common era can tell

Who a person was,

Where he lived, what he died of.

But we become sloppy

We buried people we knew.

To take care of people

Was the decent thing to do.

We had a responsibility.

Scribbled at the bottom

‘This girl was buried in the trench.’

This girl was our trench.

**
Donohue on his Family Ledgers. 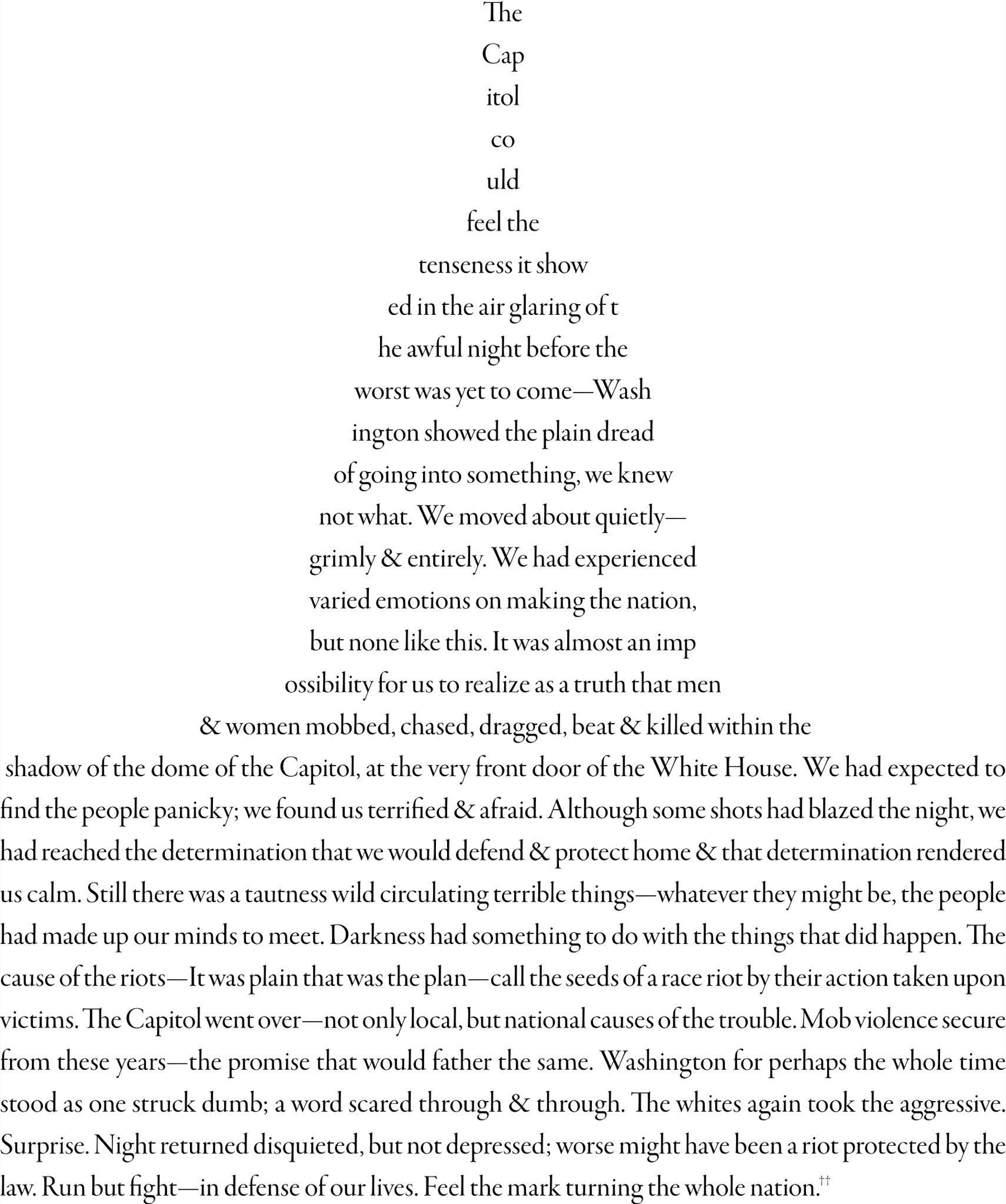 To view as reflowable text, see
this page

†† From the article “The Riots: An N.A.A.C.P. Investigation,” written by James Weldon Johnson in the NAACP’s
The Crisis
magazine in 1919.

The Soldiers (or Plummer)

How true to life,

All they did and suffered, all they soldiered through,

As if you were there yourself or heard from one who was.

Roy Underwood Plummer (1896–1966) was born in Washington, DC, & enlisted in the army in 1917. Corporal Plummer served in France in Company C of the 506th Engineer Battalion, which built roads, fortifications & conducted other manual labor that was essential to the army. Around 160,000 African American soldiers served as Services of Supply troops in France, enabling the critical supply & movement of white combat troops.

Plummer dutifully kept a diary throughout the war. His background as a clerk is exemplified by his precise
understanding of grammar (he often crosses out or corrects himself, as if aware that someone else will be reading his work), impeccable handwriting & clear-cut descriptions of his experiences. Plummer’s journal, housed at the National Museum of African American History and Culture, has been fully transcribed & digitized by the Smithsonian Transcription Center.

After the war, Plummer returned to Washington, DC, & practiced medicine in the District of Columbia for over forty years.
‡‡

‡‡
See caption on
this page 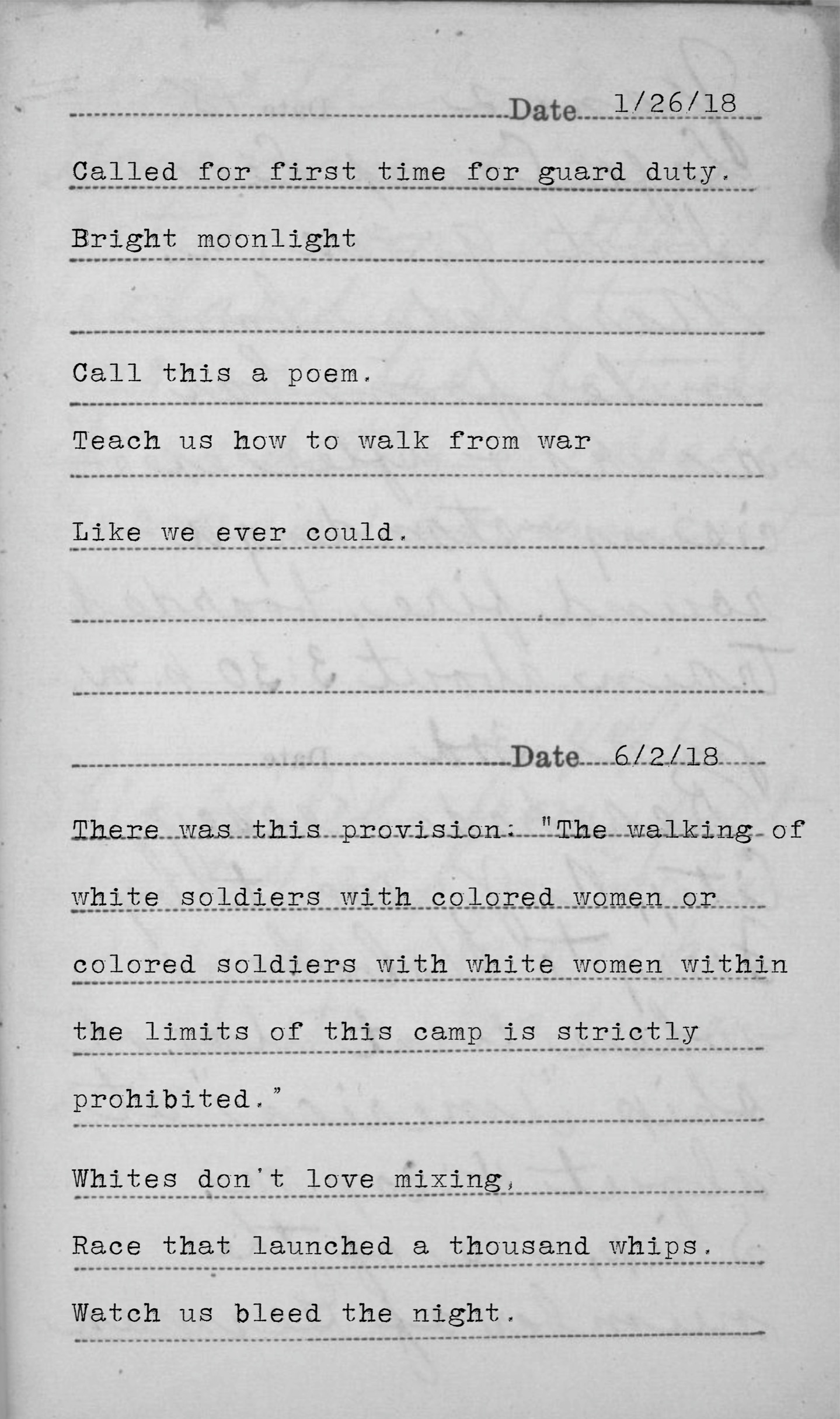 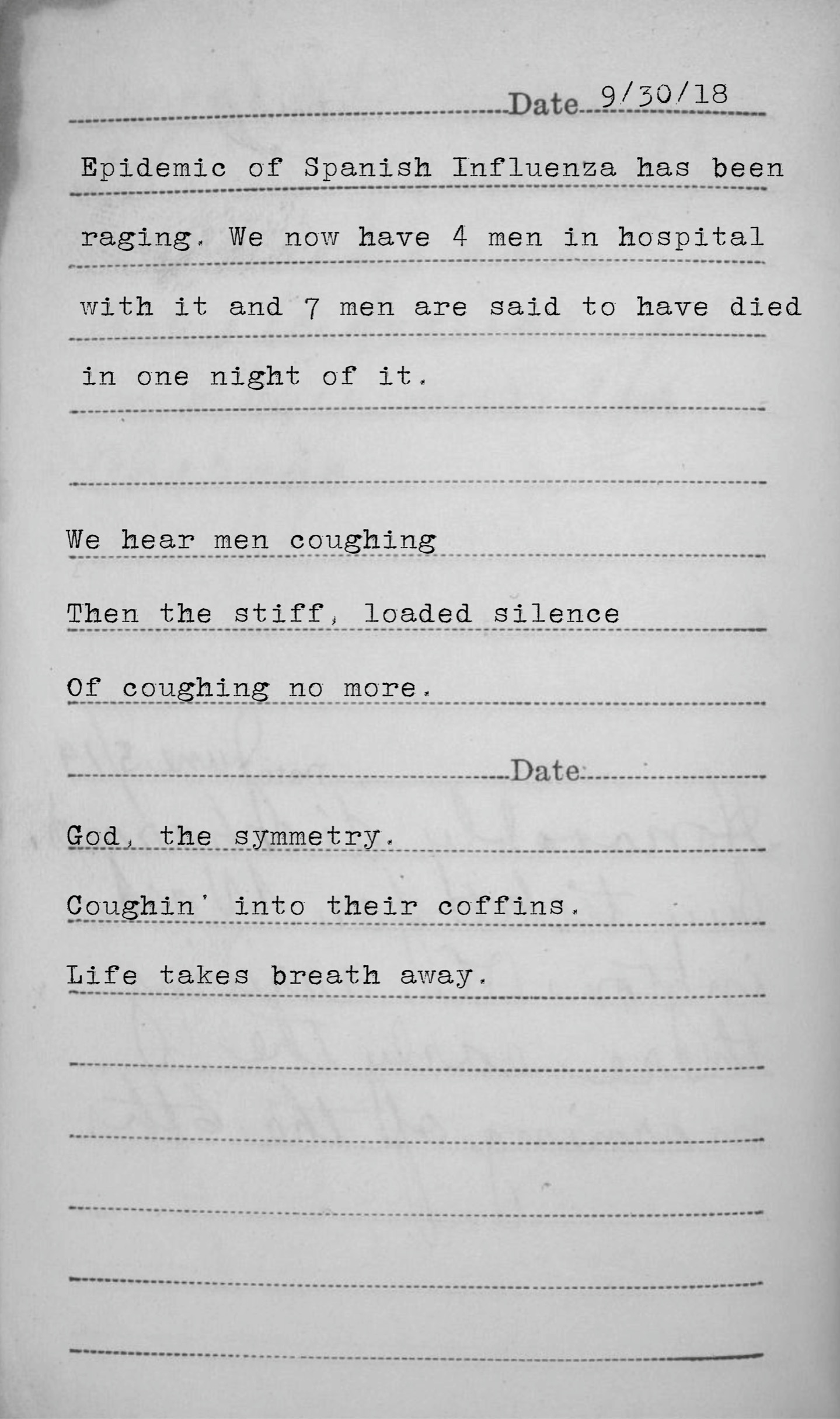 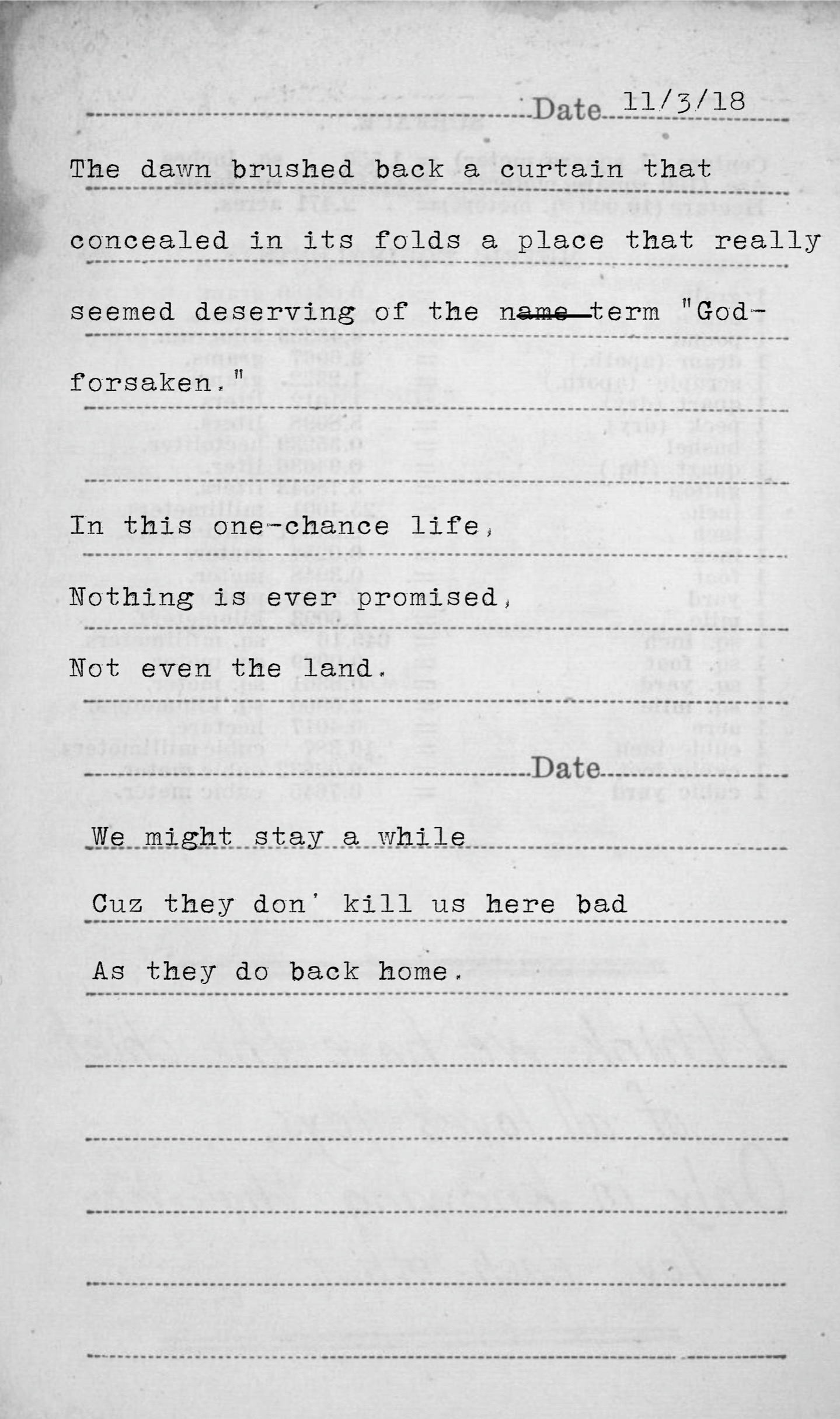 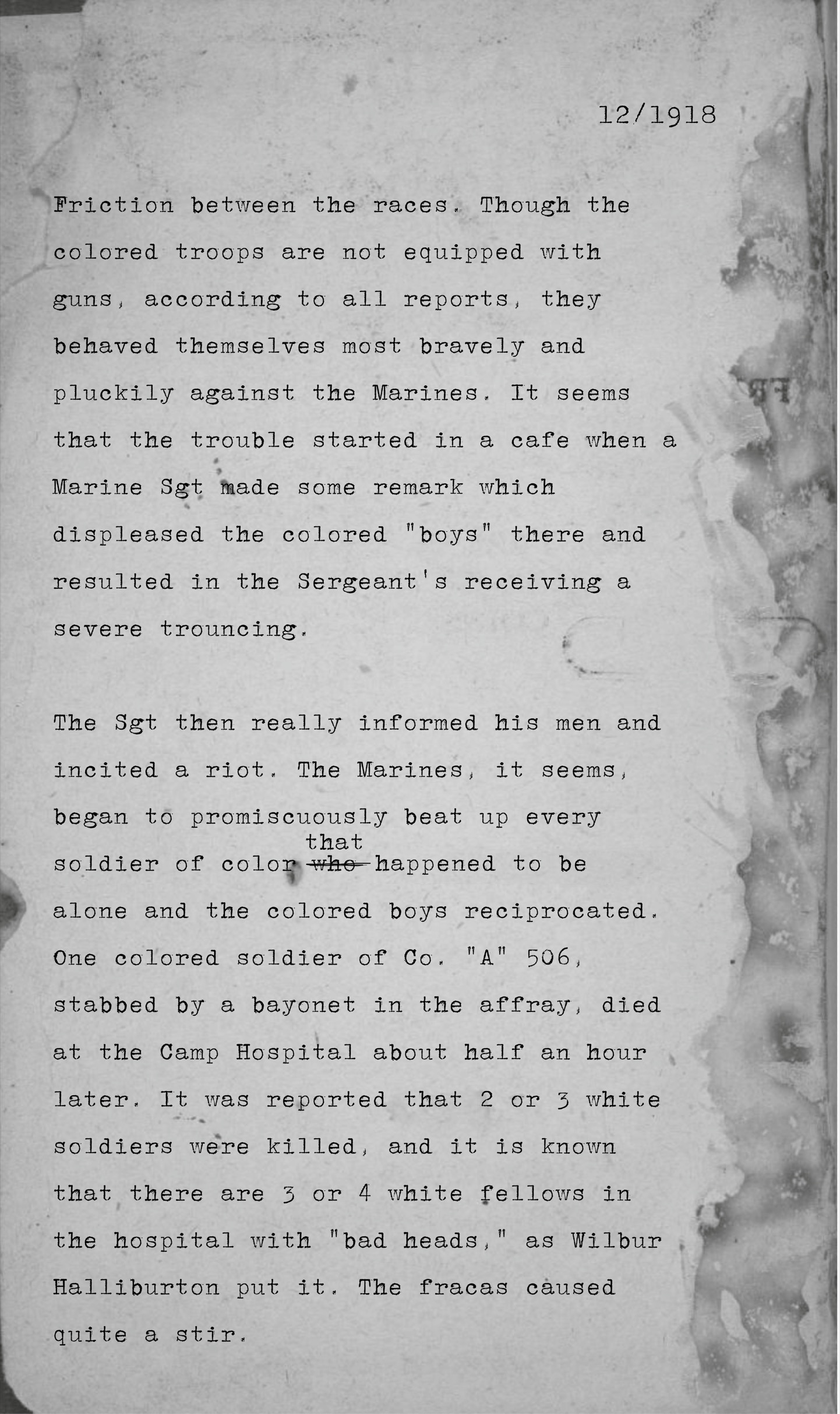 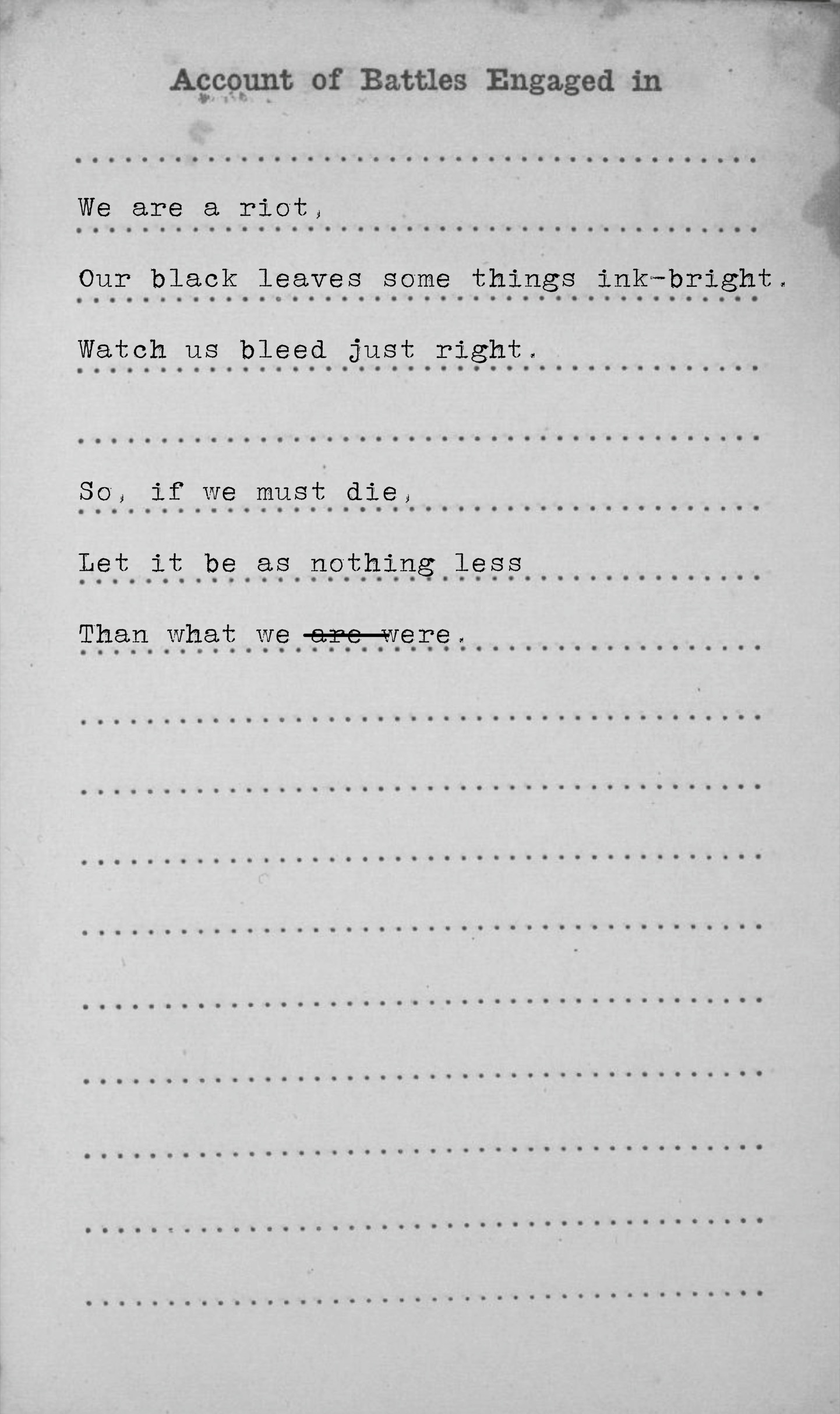 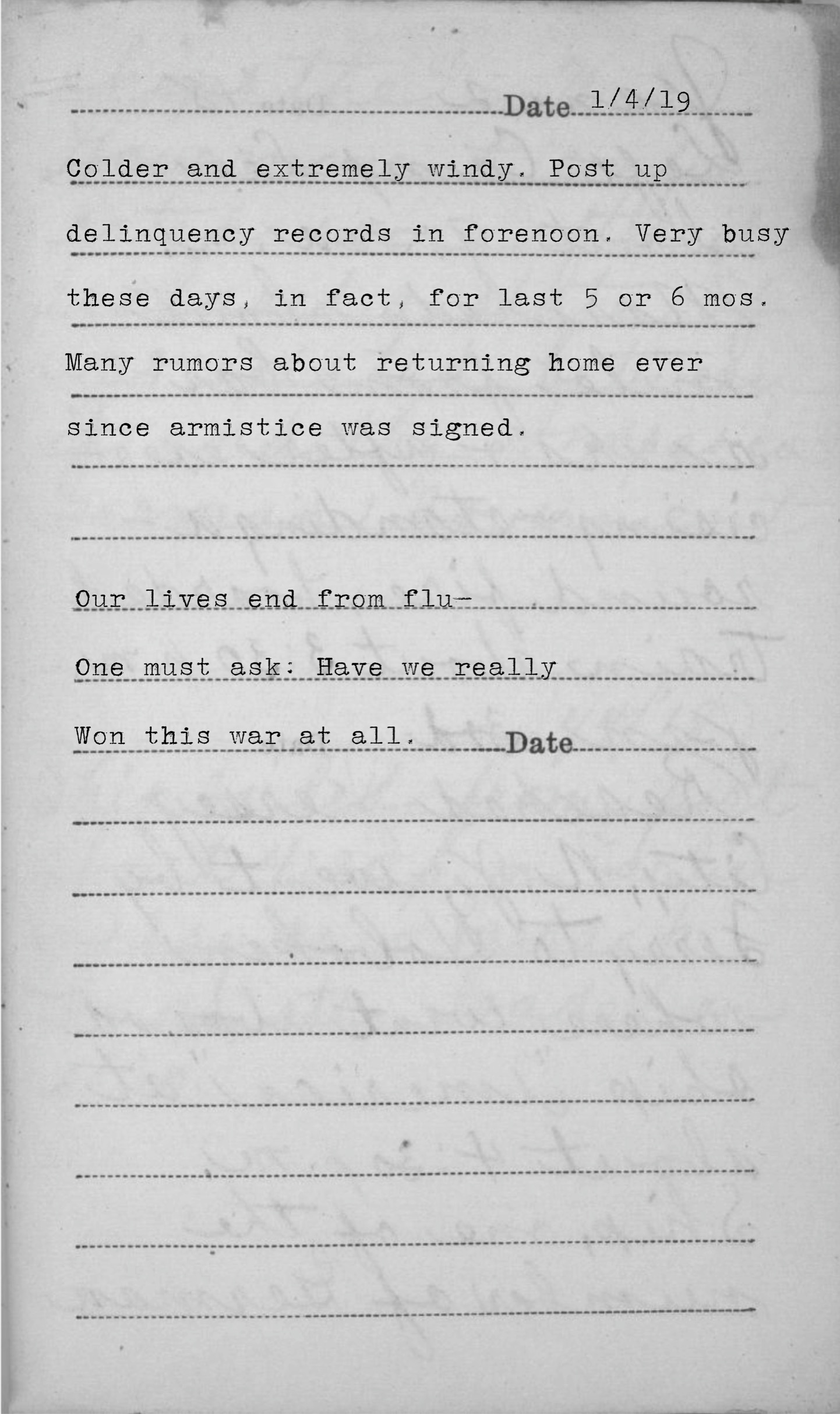 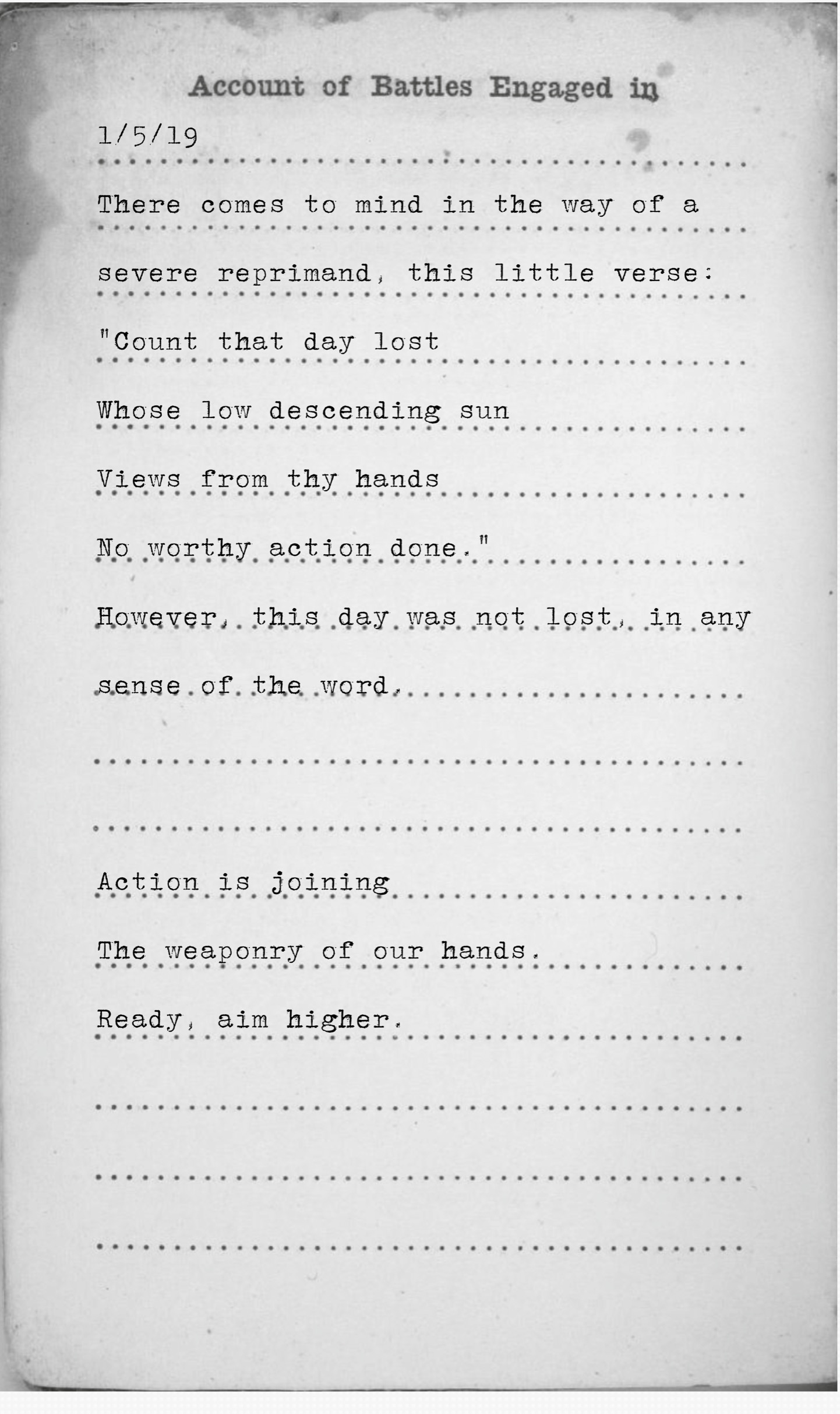 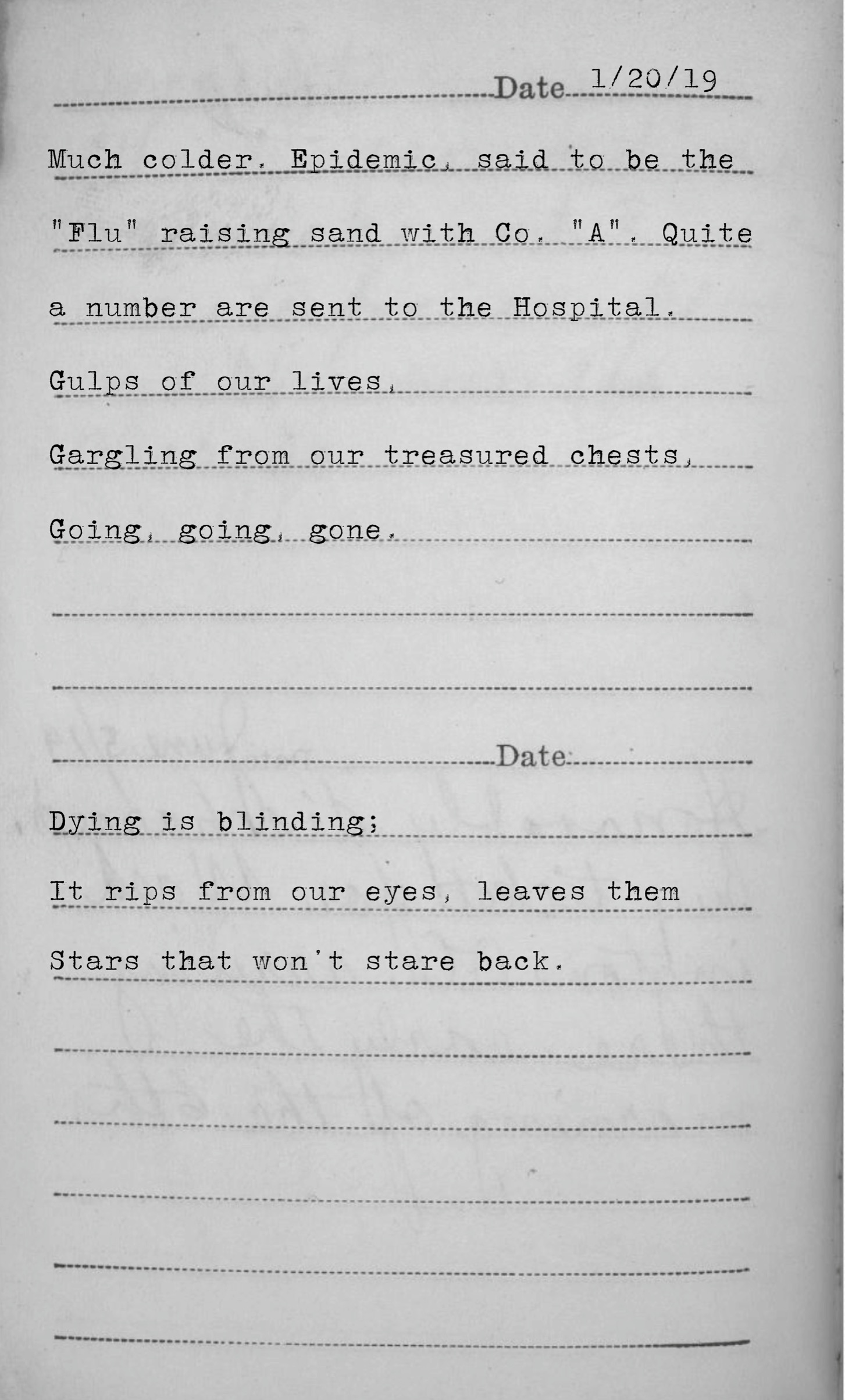 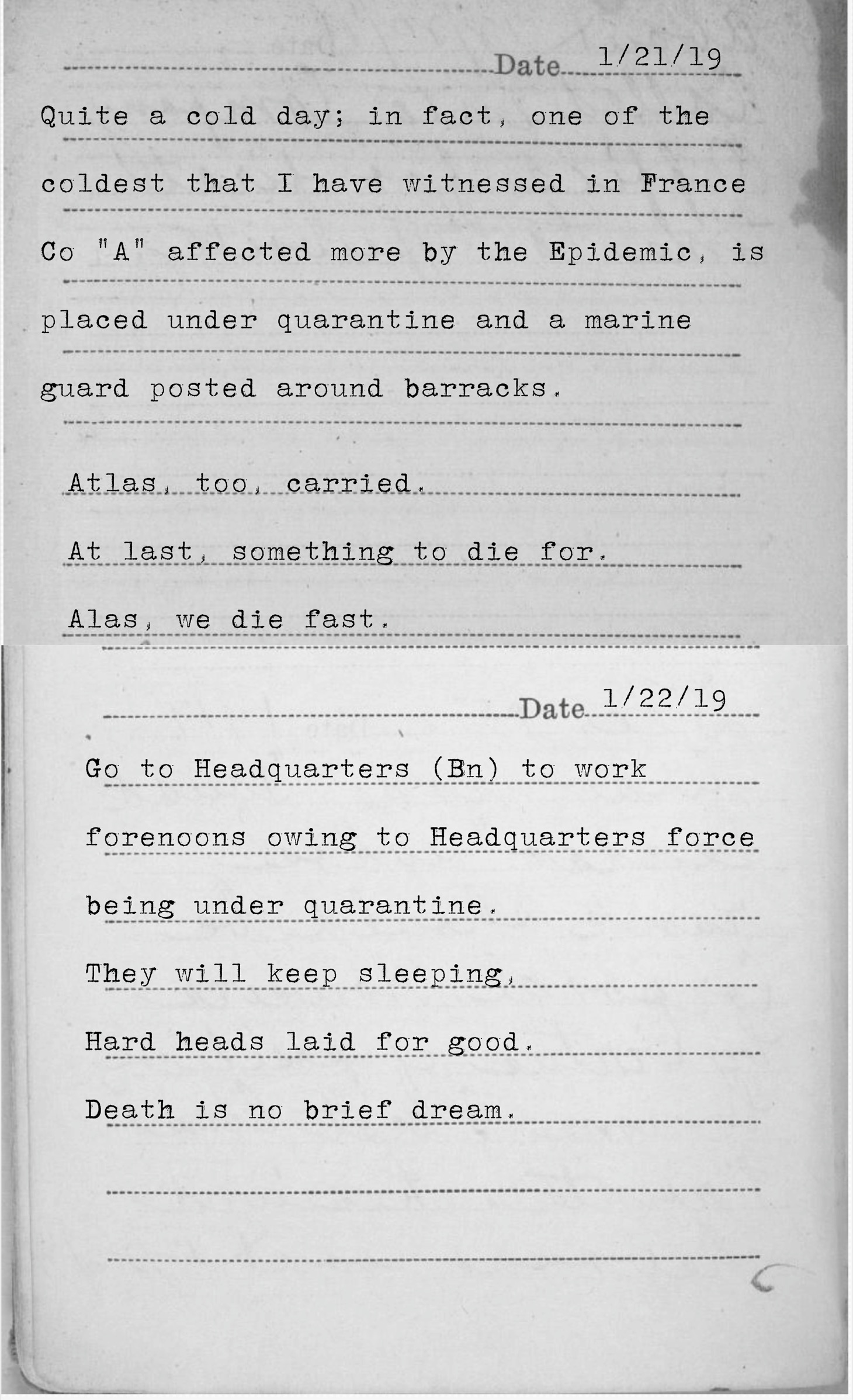 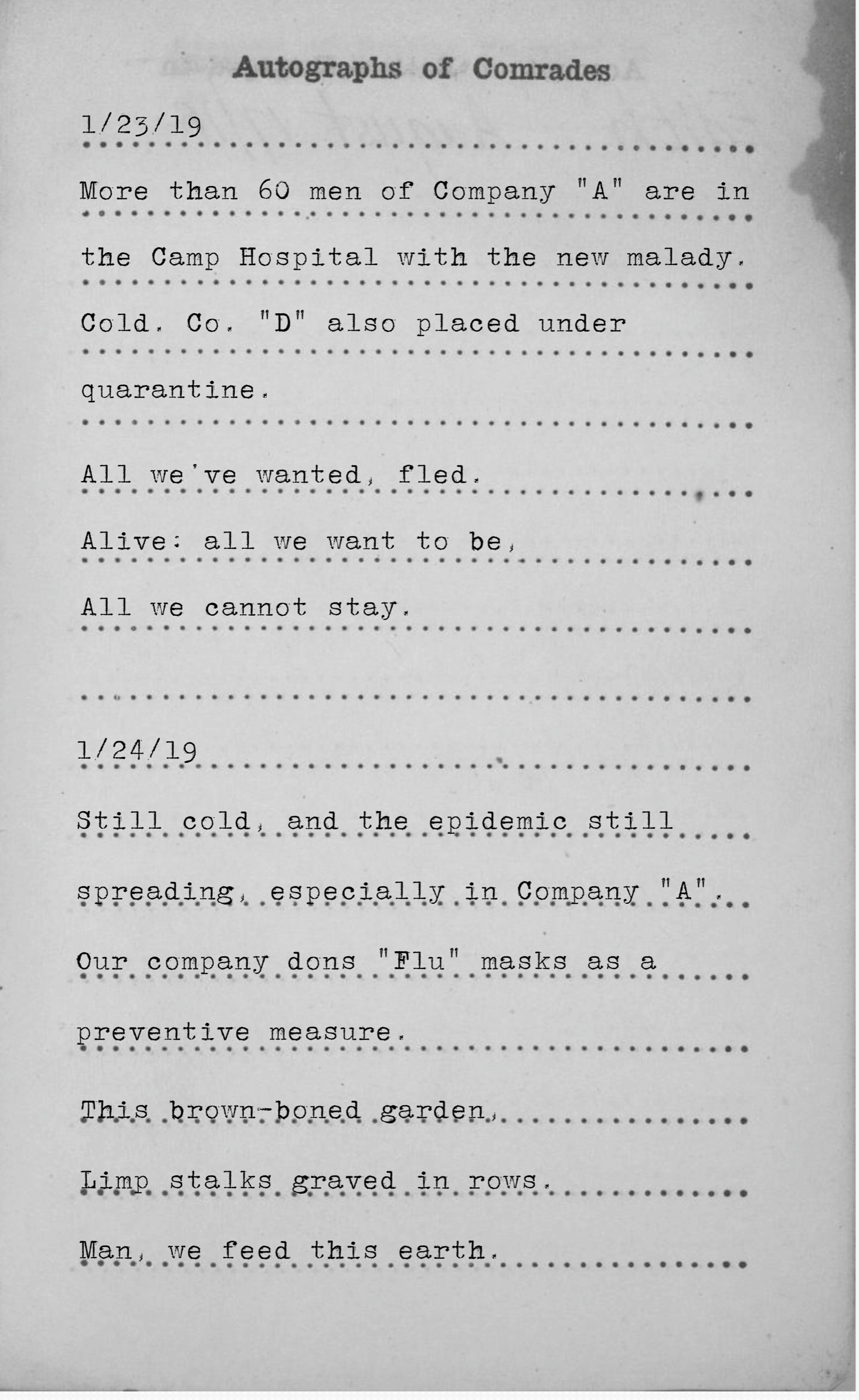 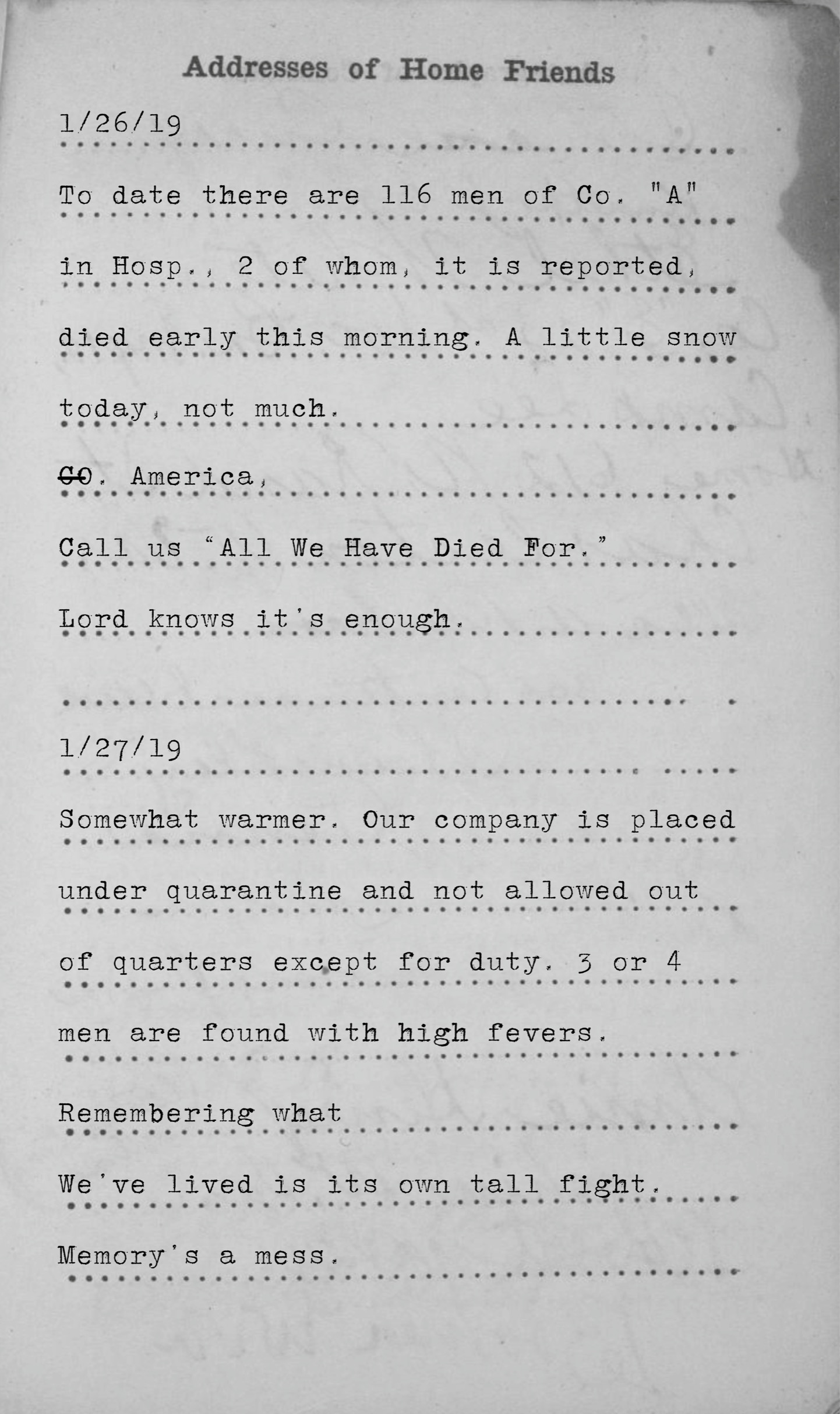 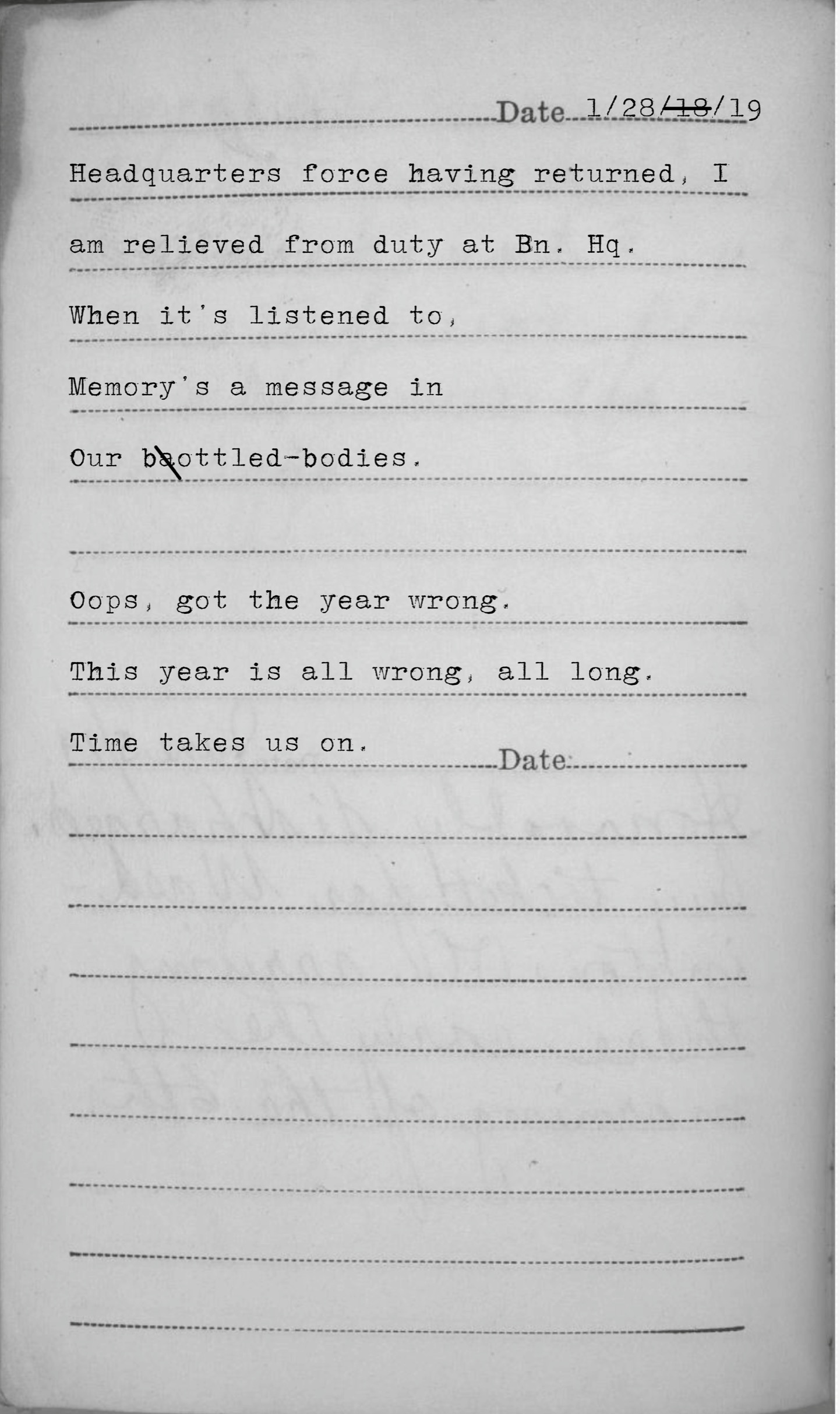 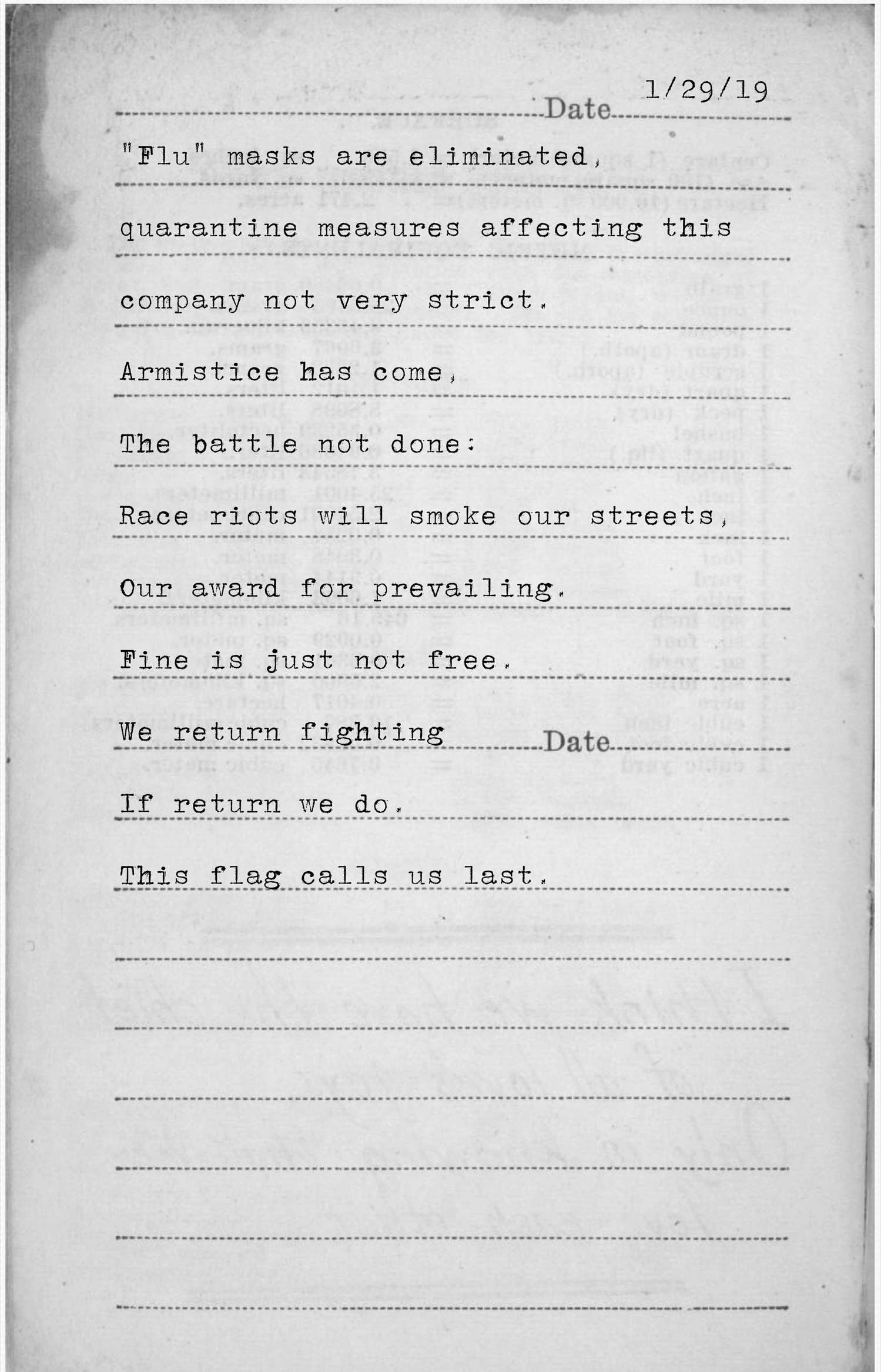